We handed over ambulances to Ukrainian hospitals

In response to increasingly dramatic appeals for help and the growing needs of hospitals, we have expanded our activities in recent weeks. Thanks to the support of donors and Nissan Iberica S.A. we created a fleet of fully equipped ambulances, which was transferred to Ukrainian hospitals.
At the end of May, a field ambulance was delivered to the hospital in Drohobycz to operate in difficult conditions. From the PMM VASCO Emergency Team, which undertook to transport the ambulance across the border, we also provided medicines and clothing for medical staff. And already in June, we prepared new cars that can fully travel on Ukrainian roads as medical vehicles. Four ambulances are already in Ukraine, where they support the work of hospitals in Kiev, Ivano-Frankivsk and Kramatorsk, and soon also a field hospital of the Polish Medical Mission and Terre des Hommes Italy in the Mykolaiv region.

In unequal warfare, Russian troops attack civilian targets, including hospitals, ambulances and medical centers. Between February 24 and June 24, the World Health Organization recorded 323 attacks on health centers across Ukraine, killing 76 and injuring 59. The stories of patients from the bombed hospital in Mariupol were on the lips of the whole world, presenting the testimony of the bestiality of attacking civilians in the most sensitive moment of their lives. The destruction of hospital infrastructure cut millions of people from accessing primary care, and chronic disease management and immunization programs were severely curtailed. The victims of fighting, and injured during the attacks, have added to the already long list of patients. 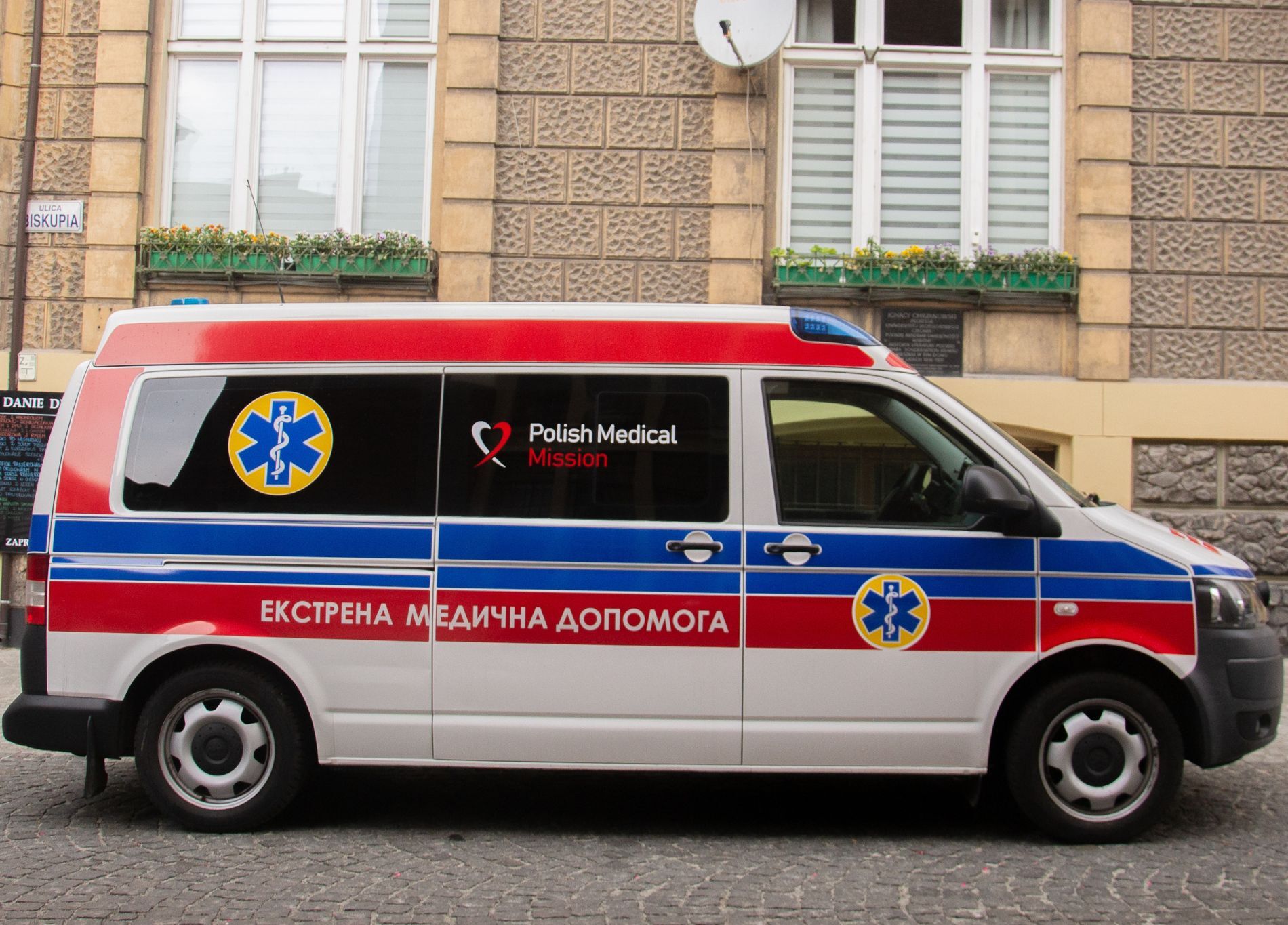 In recent months, governments of countries around the world and non-governmental organizations have devoted special attention to helping Ukraine. Despite the resources allocated and the work done to meet the needs of patients, the protracted conflict is leading to an increasingly dramatic health crisis. Patients are cut off from medical treatment or are afraid of leaving the safe haven and going to the hospital. While running first aid points on the border with Ukraine, we saw the exhaustion and poor health of people reaching Poland. We know that the few thousand people we have helped are just a handful of the huge group of those in need. We pay special attention to the elderly, disabled, and pregnant women, for whom it is extremely difficult to get to the hospital on their own. Ambulances are to help reach patients in serious condition and transport those who require hospitalization and specialist care.
Urgent medical care in Ukraine!
Bank account: 62 1240 2294 1111 0000 3718 5444 titled UKRAINE
DONATE