Help doesn't get there – the story of Aya from Syria

When you leave the crowded streets of Amman behind and drive out of the city, an endless desert stretches in front of your eyes. It happens that by the road, you can see merchants of watermelon or other food products, but as a general rule, it is an area that is hostile for a human – with only dust and boiling hot temperature. 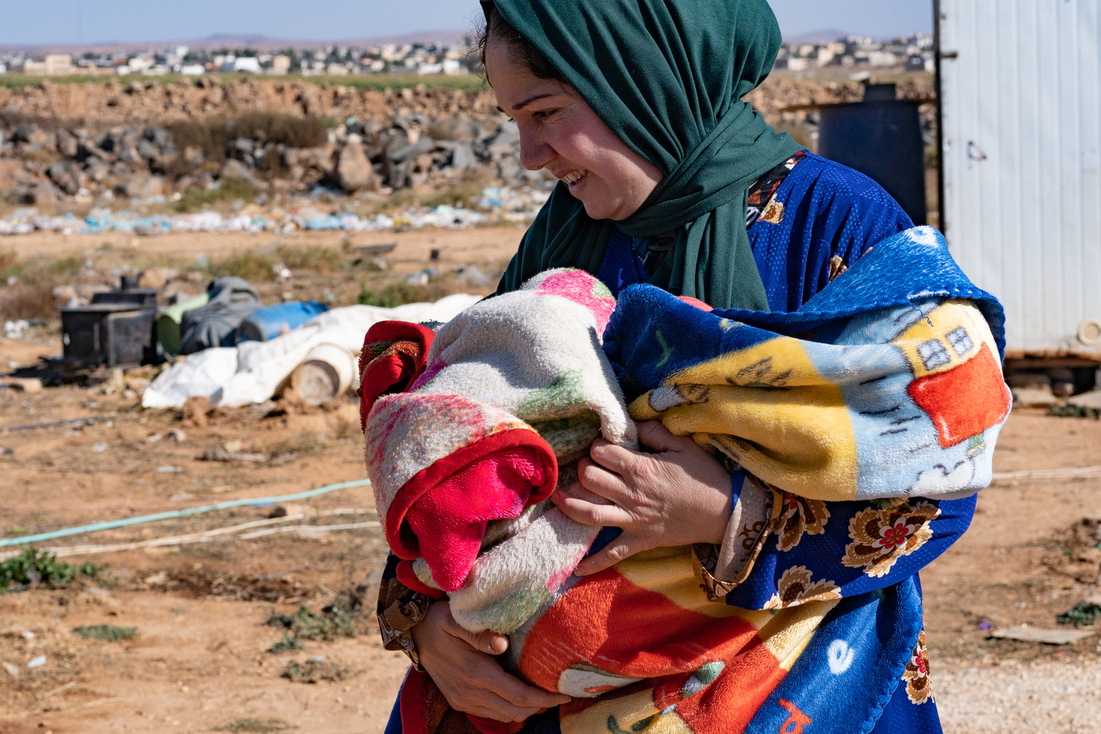 It takes more than an hour and a half to get to the area surrounding Mafraq. Informal camps for Syrian refugees are visible in the desert area around the city, at different distances from it. In some of them, there are simple, brick houses, where you can hear the patter of many bare, small feet of Syrian children on the uncarpeted floor. However, a camp consists of several dozen tents, tarpaulins and makeshift containers.

Aya, 28, who ran away with her family from Syria and has been in Jordan since 2014, lives in such camp. One of the tents placed on the sand she calls home. Aya and her family and friends had to fend for themselves for a long time, no help was getting there. In 2018, a mobile clinic financed by the Polish Medical Mission as part of the Polish Aid program began to visit her camp, where she was raising her one-year-old son. Thanks to this, Aya and the rest of the camp people have access to basic medical care.

Aya was pregnant during the coronavirus outbreak. Her pregnancy and life were at stake, and one of the twins that Aya carried under her heart died. An operation was needed. Unfortunately, the document that would enable her to pay for the hospital stay was expired. Aya couldn’t apply for the update due to the coronavirus-related restrictions in Jordan. Offices, shops, schools were closed and it was almost impossible to move freely.

Aya's family didn’t have money to pay for medical care. Without a valid card issued by the Ministry of Internal Affairs, a stay in a public hospital costs a fortune. The certificate issued by UNHCR confirming the refugee status wasn’t sufficient. The Polish Medical Mission and Terre des Hommes Italy, thanks to the support of the Donor from Wroclaw, helped the woman pay for her hospital stay. The operation was successful and on 16 May 2020, Aya gave birth to a healthy son. His parents named him after the employee who took care of the family.
Syrians need your help!
Build aid with us in the neediest countries of the world.