We are starting a fundraiser for a prosthesis for a boy who lives in one of the camps in Idlib. Give Malek a Santa Claus gift, let’s do it for him! 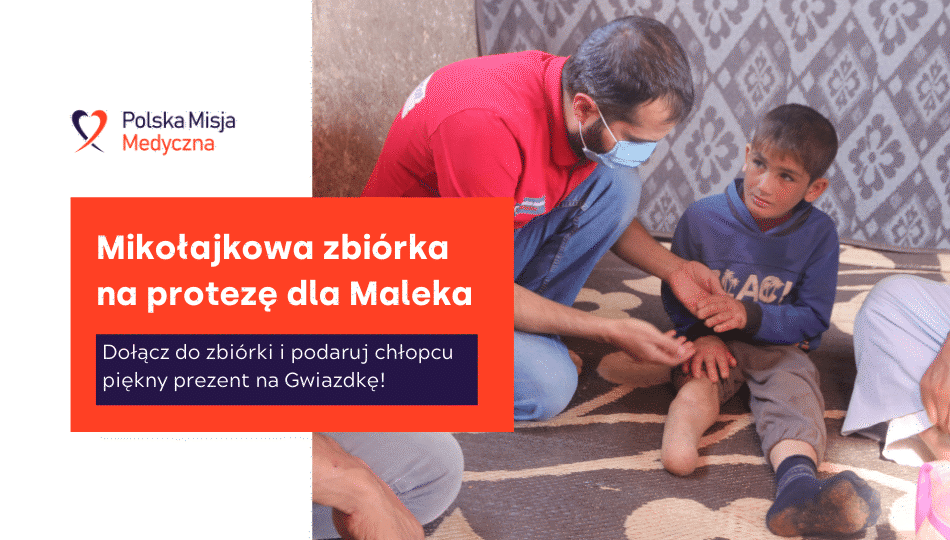 Take action
Malek is 8 years old and does not go to school although he would like to. The boy lost a leg in a bombing while running away from Aleppo with his family. Actually, all his limbs are deformed. The 8-year-old comes from a very poor family who have no money to transport Malek to school.

The cost of a mechanical prosthesis for Malek is approx. USD 1,500. The prosthesis will give the boy not only freedom but also access to education and an opportunity to function in society.
Donate

In Syria, 400,000 people have died as a result of bombings. Several tens of thousands of people have lost their limbs. For four years now, the Polish Medical Mission has been helping Syrians to get back on their feet. Thanks to the support of donors, 350 people have received a prosthesis and a chance for a normal life.
Join the fundraiser on Facebook!
Syrian PMM account: 08 1240 4650 1111 0010 4607 7315