This January the heavy rains caused widespread flooding in camps in northwestern Syria, in the Idlib region, where 1.5 million Syrian families found shelter. The rainfall destroyed over 2,5 thousand tents. 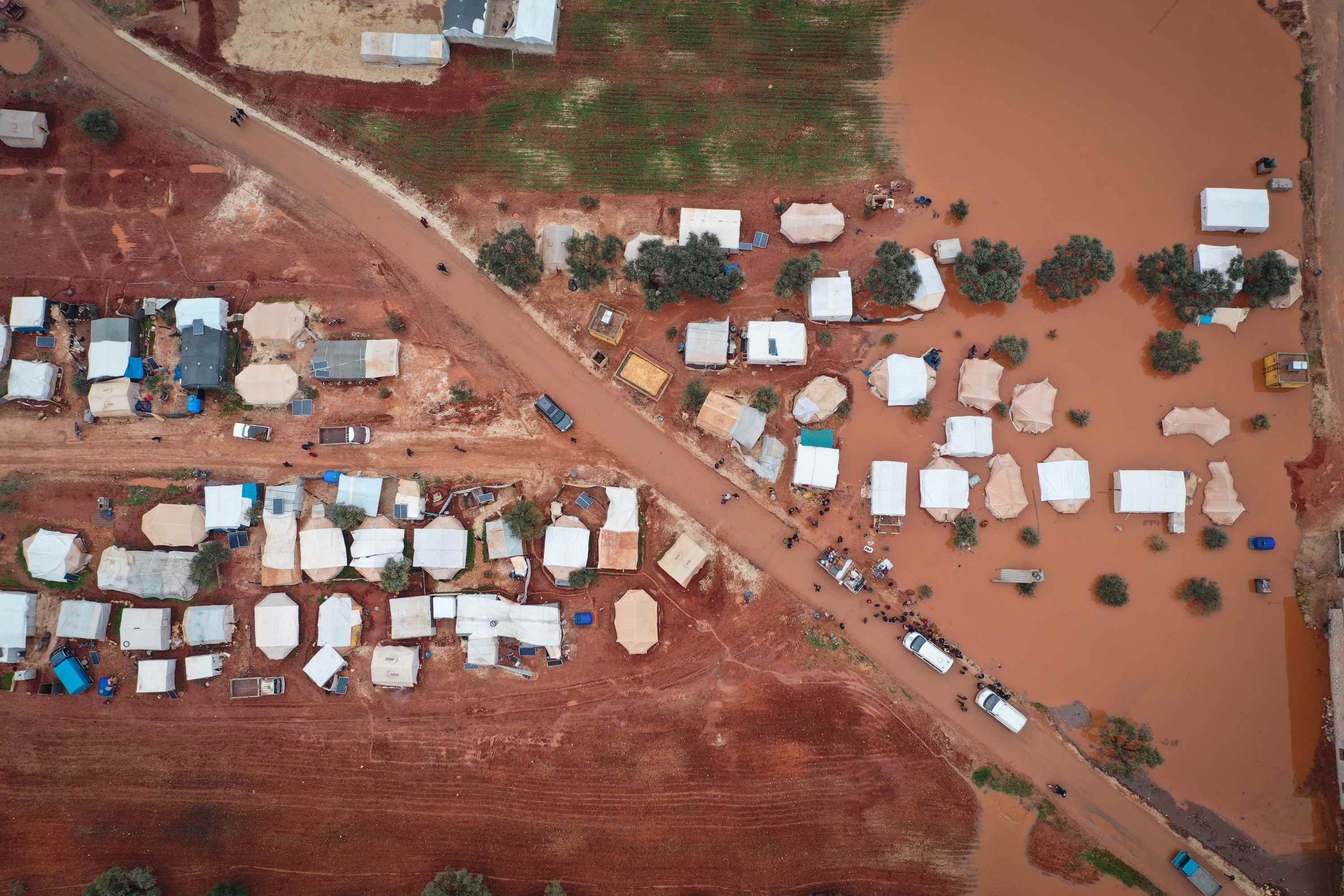 According to reports by aid organizations and Syrian rescuers from the White Helmets organization, at least 42,000 people were affected by the devastating storm at 169 camps in Idlib and Aleppo. After one day of rain, the tents were lying in muddy puddles, and the inhabitants were unsuccessfully trying to pick them up and save mattresses and household appliances.

Twelve people living in a tent

Om Ismaila lives with her husband, sons, their wives and grandchildren in a worn-out tent in Camp Al Basheer, in northern Idlib. Apart from children, there are 12 people living in one tent. ‘People are suffering from overcrowding in the camp so it is impossible to keep social distance’, says Om Ismail, and her daughter-in-law Maha adds after a while, ‘I am worried about my children; they are particularly vulnerable to respiratory infections that are spreading so easily because of the large number of people living in the same tent’.

Buy a mask or food? Syrians living in the camps do not have this dilemma. There is a shortage of everything Idlib, not just food. People have lost their jobs because of the coronavirus pandemic; they are scared to go outside in case they might get infected or infect their relatives. The pandemic has contributed to the collapse of the health care system. Children, who are physically and mentally weak after the war, are particularly at risk. Then even a trivial infection is very likely.

Build aid with us!

Polish Medical Mission raises funds for antibiotics, drugs, medical agents to fight coronavirus and prostheses for other children. Small amounts can save your life!

of a blanket and hygiene articles