We help to get back on the feet!

The biggest victims of all armed conflicts are always innocent civilians, including children. The longest conflict of the 21st century is the war in Syria, and hundreds of thousands of people have lost their health or lives. It is estimated that around one million Syrians (including over 240,000 children) have had their limbs amputated as a result of the wounds they suffered. Since 2016, the Polish Medical Mission has been helping women and children in Syria to get back on their feet and regain a normal life. 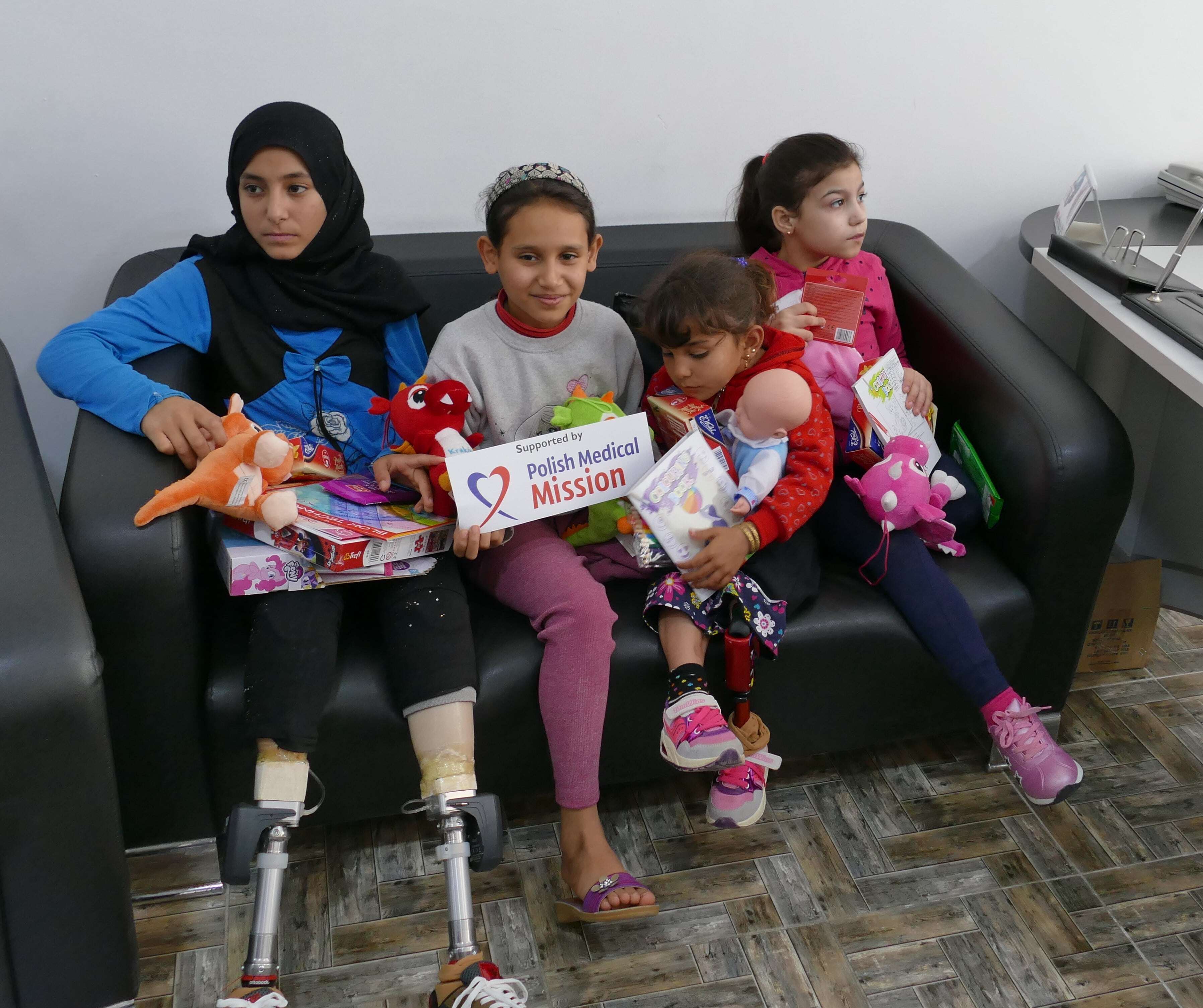 Both children and adults are experiencing tragedies caused by limb amputation and lack of a prosthesis. They are unable to go outside on their own or cope with the simplest activities of everyday life; they are doomed to vegetate and rely on help from others. With a prosthesis they get a chance not only to return to normal life but also to function independently on a daily basis. ‘Particularly in the case of the youngest, complete isolation and being cut off from normal life must be prevented. They must be given the possibility to keep in touch with their peers again and return to school. This cannot be achieved without professional prostheses’, says Małgorzata Olasińska-Chart from the Polish Medical Mission.

It takes time and sufficient resources to manufacture an appropriate prosthesis. In adults, an artificial limb needs not be replaced frequently. Children who are still growing are in a different situation. On average, after two years the whole process has to be repeated: measure the amputated limb, make a new socket to fit over the residual limb, import the missing components from Turkey and finally fit the best prosthesis that can be manufactured at the orthopaedic centre in Syria. A simple, mechanical prosthesis costs 1,500 dollars. 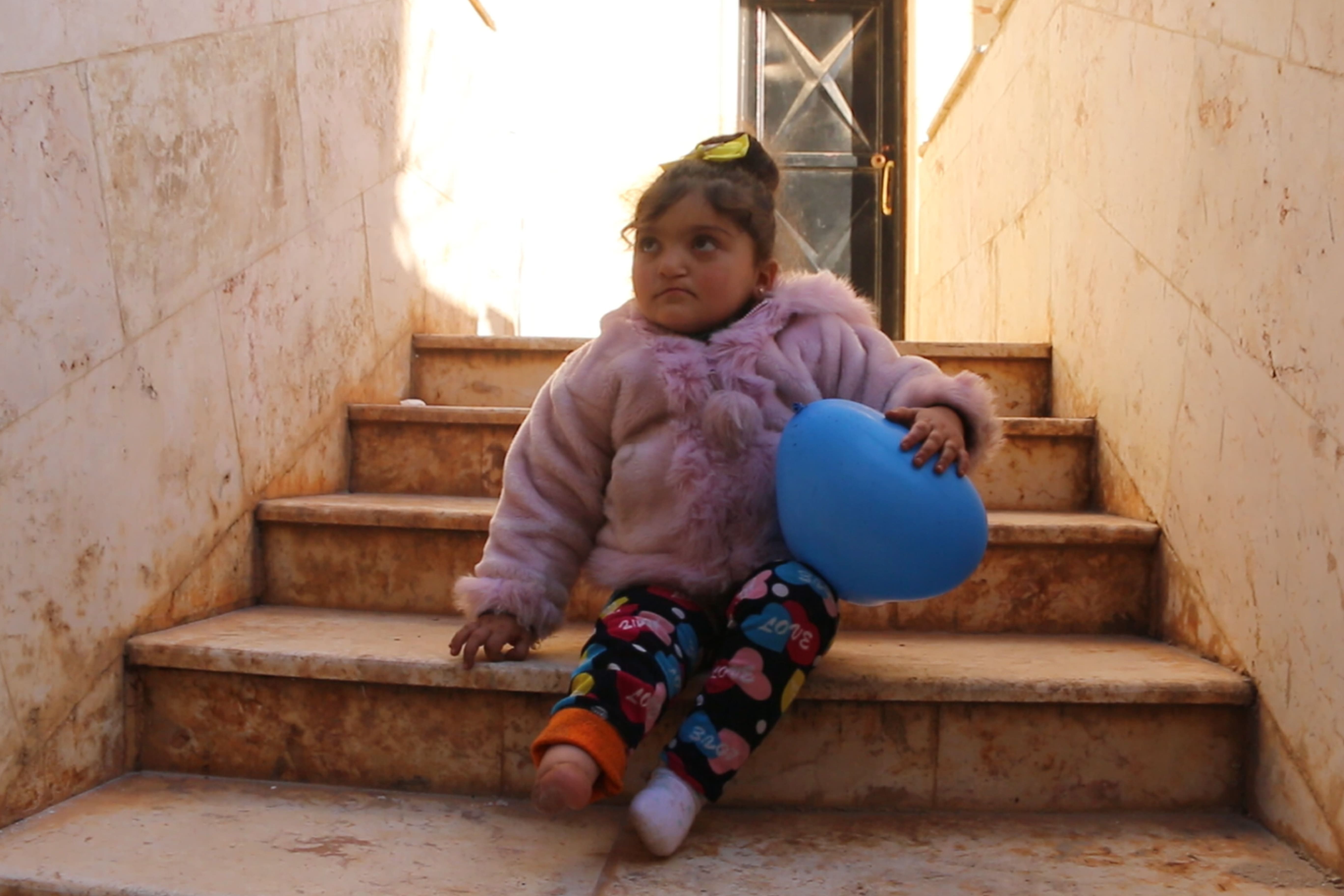 Before the child adapts to the new limb, appropriate regular rehabilitation is needed, and this should take several weeks.
‘In fact, this process is very difficult, and it is neglected in Syria because of many factors, such as patients’ financial situation and access to transport. Patients should have an easy access to rehabilitation centres; they also need periodic examinations and assessment of the prostheses and of their degree of disability. On the other hand, continuous psychological support is important in this process and should not be underestimated’, says Mansour Alatrash, a doctor from Syria. 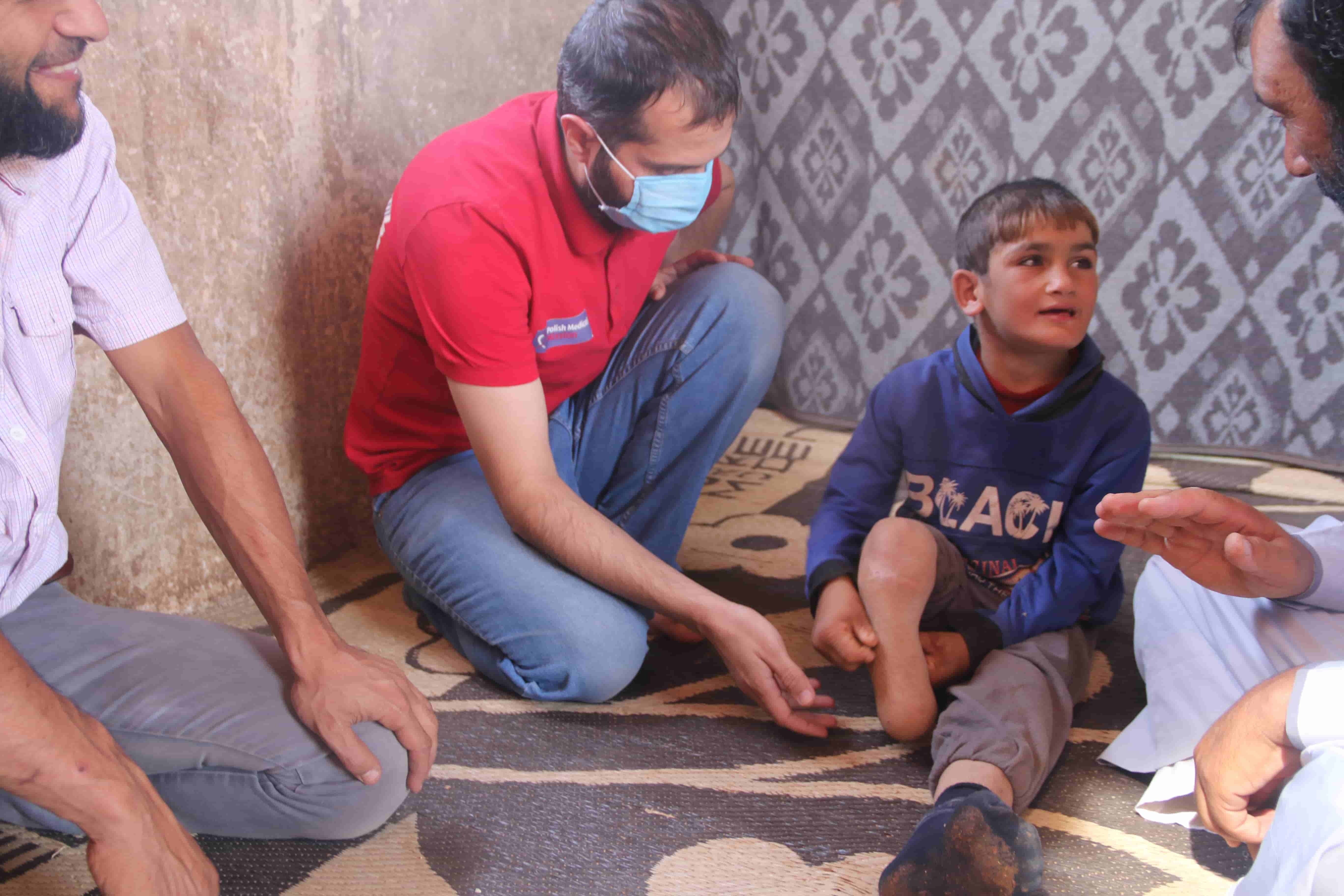 Malek has one dream: to be able to walk

Malek, who is 8 years old, is in a difficult situation. A bomb has fallen on the boy’s house in Aleppo. As a result of the explosion, the child lost a leg and the whole family lost the roof over their heads. Currently, Malek is living in a crowded refugee camp in the province of Idlib, which lacks basic hygiene supplies and medicines. On top of that, the little boy is completely cut off from education. He cannot go to school because he does not have a prosthesis, and his parents cannot afford to provide him with daily transport to school outside the camp. He dreams of going back to school and playing with his friends. The Polish Medical Mission has organised a fundraising event for a prosthesis for the boy, which will last until the end of December. The action was joined by actresses Agata Kulesza and Anita Sokołowska.
Polish Medical Mission in Syria

Since 2016, PMM has been providing aid to those most affected by the war in Syria. In the refugee camps in Idlib we distribute the necessary medicines, dressing materials, hygiene supplies and personal protective equipment – this is particularly important in the era of the COVID-19 pandemic. We collaborate with the organisation of Syrian doctors, Humanitarian Message Org.
‘We support the people most affected by the war, especially children and women who do not have access to functional prostheses. With the support of public funds and donors, we have relaunched the orthopaedic centre in Termanin, and 350 people have received prostheses’, says Maria Szajny from the PMM.
Join the action Together for Syria!
Syrian PMM account: 08 1240 4650 1111 0010 4607 7315