World Food Day - a future on a planet without hunger

Ending world hunger by 2030 is one of the most important development goals of the United Nations. To achieve this, however, it is necessary to work on the various issues that determine access to food. Without it, political changes, population migrations, and natural disasters, and in recent years also the Covid-19 pandemic, could lead more groups to the brink of starvation.
Currently, 957 million people in 93 countries do not have enough food to meet their daily caloric needs. Among them, over 155 million have found themselves in a crisis, forcing them to limit the number of meals, which in turn leads to diseases resulting from malnutrition. One of the most threatened by hunger points on the world map is Afghanistan - a country plunged in a political conflict, painfully affected by droughts and the invasion of locusts in recent years.

Food insecurity affects people all over the globe, also taking the easy-to-miss form of relatively easily available but highly processed food with low nutritional value. Paying attention to the source of origin, method of food production and preparation is an important aspect of the work of non-governmental organizations dealing with providing aid to the neediest countries in the world. Especially important in a situation of limited movement of goods on international markets. 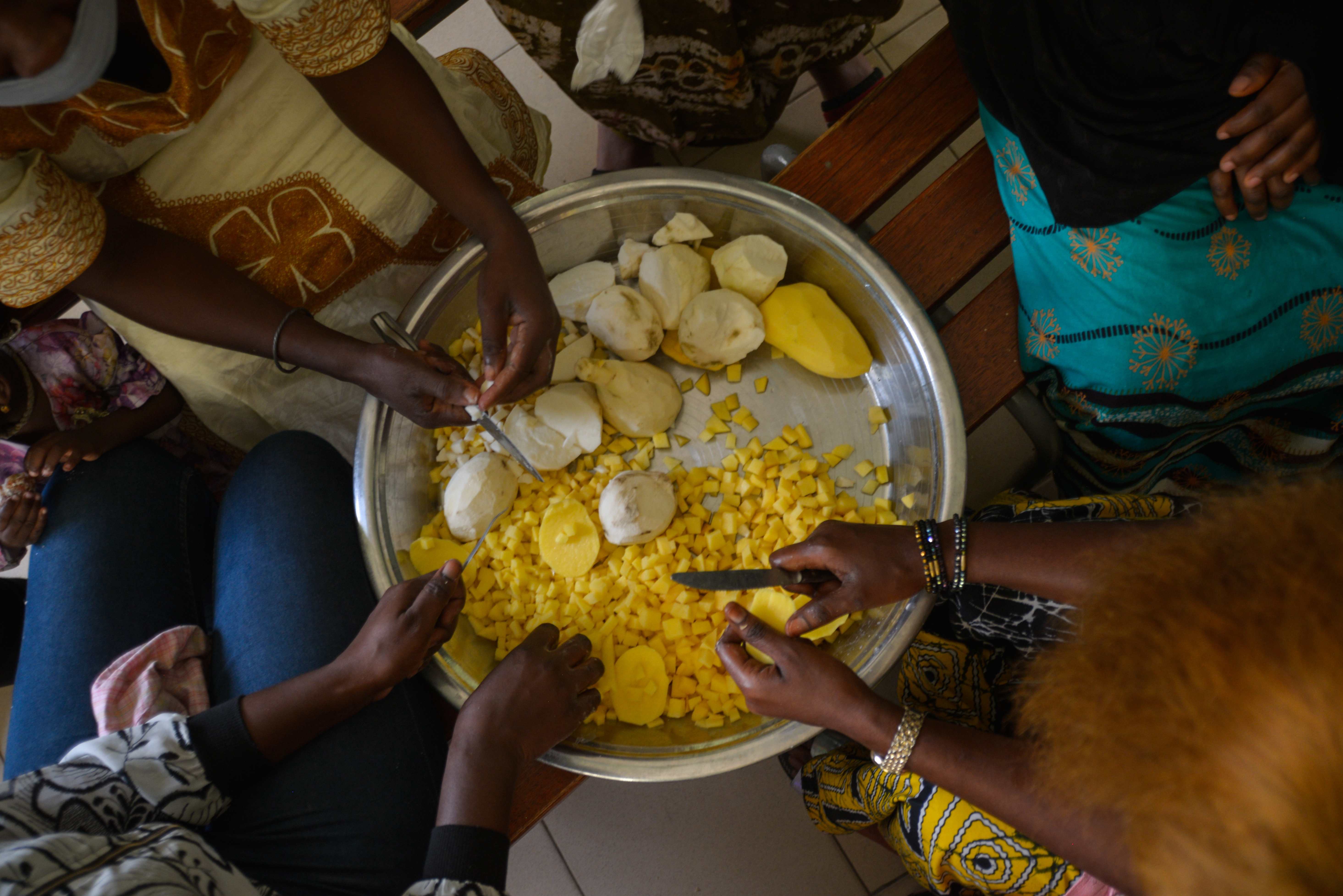 In the process of fighting malnutrition, local ingredients play an important role, plants that are well known to the local population and their proper preparation for consumption. In Senegal and Zambia, we teach residents how to compose wholesome meals for children and breastfeeding women. In such a place, it is enough for a dietitian to go to the market and, based on the available products, prepare a meal plan for pregnant and breastfeeding women to influence the healthy development of the child. In Senegal,… the Internet helped us in the fight against malnutrition. On Whatsapp, we created groups for medical and social workers, where we exchanged videos about cooking, processing local products, and group dynamics. We also created our own cookbook. The most important thing is education and the consolidation of healthy patterns.
Xymena Dyduch, project coordinator

Children under the age of five are one of the largest groups affected by health problems resulting from hunger - in 2020, as many as 149.2 million of them were not sufficiently developed as a consequence of hunger or malnutrition. Nutrient deficiencies translate into, inter alia, rickets, decreased immunity and developmental delay, and in extreme cases lead to death.


The regular threat of low rainfall and adverse weather events is likely to continue to lead to acute food insecurity in further regions. In recent years, droughts have led to the collapse of agriculture in, among others, Ethiopia and Somalia, exacerbating the problem of malnutrition among the inhabitants. The civil wars in Sudan and Yemen have displaced entire families and cut off food supplies and people's access to help. By 2030, hunger could affect as many as 660 million people worldwide. A world where a third of the food produced is wasted every day.
Help now!