Flashbacks from the Greek-Turkish border

February 2020. The President of Turkey announces the opening of the border with Greece, and thousands of refugees arrive from Turkey at the Pazarkule border checkpoint. They are even transported there on special buses. Mohammad from Iran says that in the camp, the Turkish police gave them metal ropes to cut the entanglements so they could get to Greece. However, they get detained there, without a chance to get to Europe.
We are in Karaagac, 3 kilometres from the Pazarkule border checkpoint. It is the closest place for the refugees to go shopping. They buy mainly groceries and foil necessary to seal their makeshift shelters from rain and wind. There are no provisions in the temporary camp to prevent the spread of COVID-19 if it appears. Thousands of people live in the field under the foil pretending to be tents, where there is a lack of toilets, water and medicines. 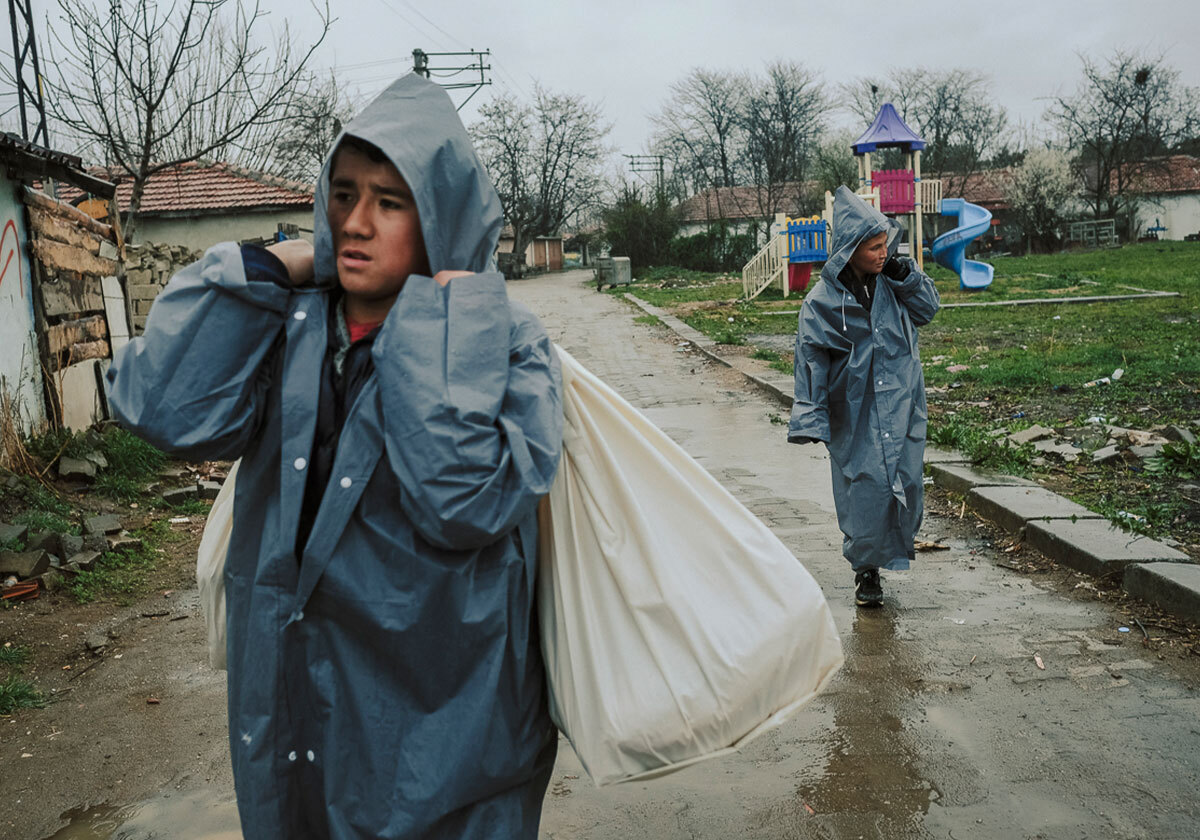 photo: Damian Lemański
11th March 2020. Overnight, the police are increasingly limiting the possibility of leaving the camp – fewer and fewer people can leave at a time so those who succeed go shopping for friends and return to the camp with a few dozen loaves of bread. For many days now, the police have also been preventing the media from approaching the camp, and those who run cafés in Karaagac have been forbidden to let refugees in and charge their phones.

16th March. Sam, a refugee boy from Syria, says – The police smashed my phone when they saw me taking pictures. After 4 days without food, I remember that the Turkish and Greek parties used tear gas to have us go back to where we came from, mainly to Istanbul. We are no longer needed at the border in the political game played by the Turkish President. Shortly afterwards, the Turkish police put a ban on leaving the camp and thus cut people off from the food they could buy in Karaagac. 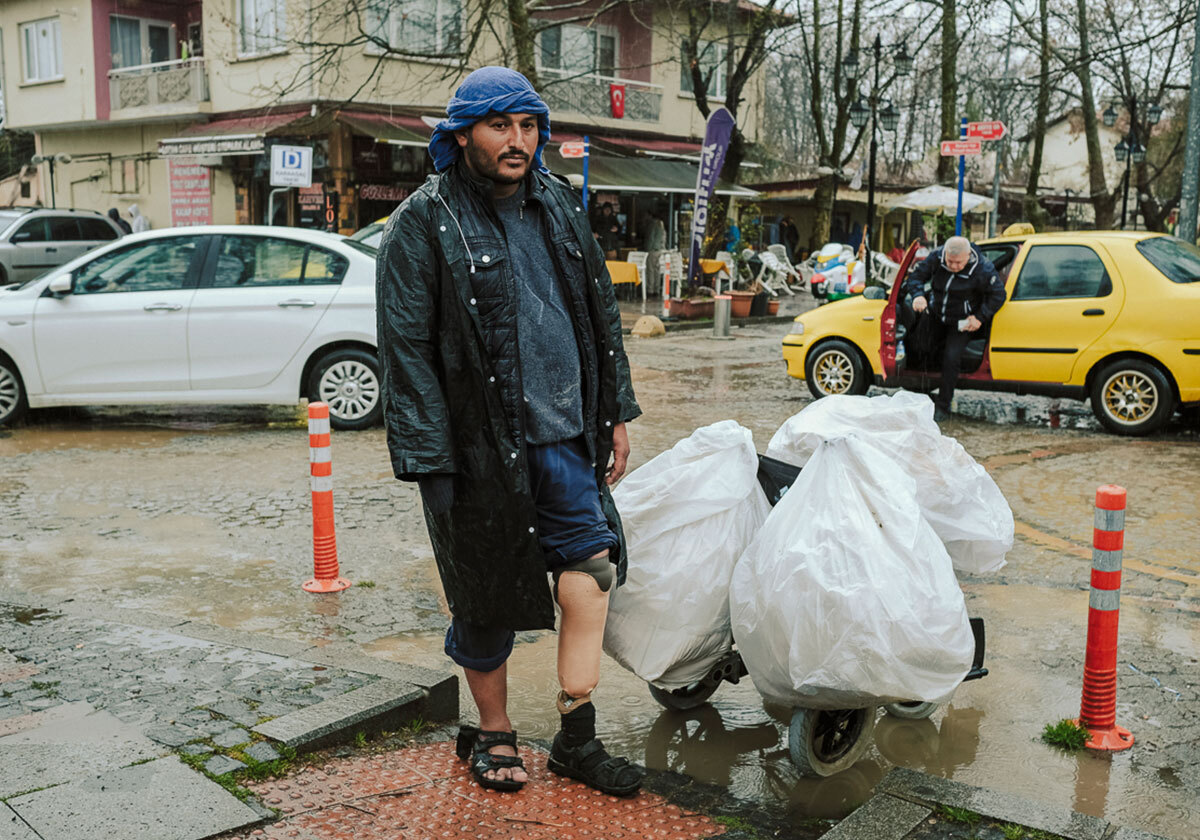 photo: Damian Lemański
I walk past more exiles. My eye was caught by a man without a left leg. He lost it in his homeland in a shooting spree, like his right hand. He is a father of 3 little children. In conversations with the inhabitants of the camp at the Greek-Turkish border, hope is the most important topic. Hope for a normal life, for a better future for the children, family, and hope for normal education. It is hope that gives them strength because they have nothing else. 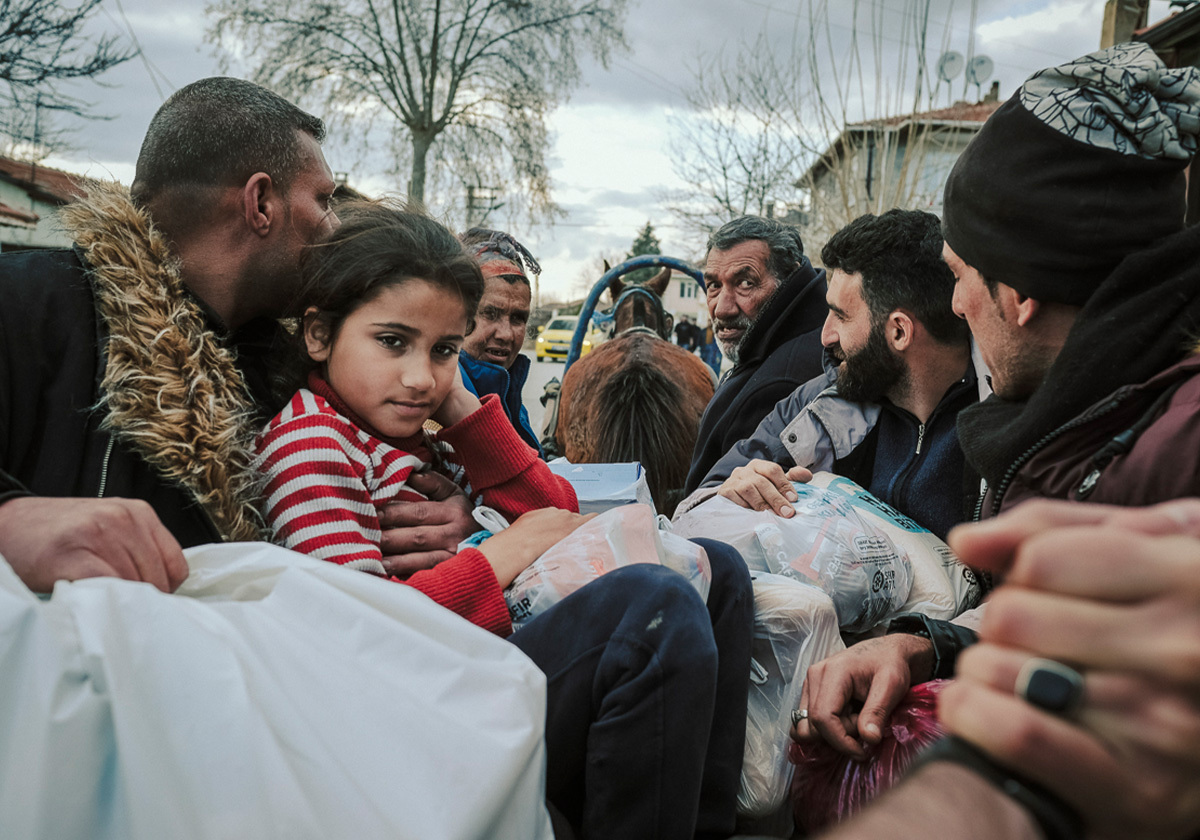 photo: Damian Lemański
20th April. I’m looking through the pictures. I remember this view very well. A small refugee girl from Syria, Mariam, with her father Ali and her father’s friends on their way back from shopping from the border town of Karaagac. The wives and other family members are waiting in the camp because such an outing is very tiring – first you a few hours to be let out and you have to walk a few kilometres. Sam (on the right, holding my hand so that I should not fall off the cart) lost 2 brothers and a child in his homeland after his house was shelled and he suffered a serious injury to his chest.

– I will stay as long as it takes: a month, two, seven… I still have nothing, I lost everything – added Mohammad leaving me to go his way.
Syrians need your help!
Build aid with us in the neediest countries of the world.