Afghanistan - a country where there is no time to grow up

As in any crisis, last year's political coup in Afghanistan and its consequences did not bypass any social group. Children who could count on a better future a year ago have no illusions today that they will face the same fate as previous generations. Full of hunger, hard work, and violence.
Children six years old and younger are already working, often in the fumes of chemicals, in the production of opium in the mountains or in the suburbs, undertaking various physical jobs. Every fifth Afghan family includes a working child - together there are over a million in the country. It is most difficult in cities, in Kabul itself, every second family reports a total loss of income over the last year. Well-paid government jobs have been shut down and small businesses are lagging behind the rising prices of products and services.
Four in five children admit to having gone to bed hungry in the past month. Girls often lack food - they cannot earn even a small amount of money on their own or contact one of the few remaining non-governmental organizations in the country offering help. For them, the isolation did not end with the withdrawal of the restrictions accompanying the pandemic. The days at home are now their new reality. The future looks like a deep black for them, not reaching the glimmer of hope. 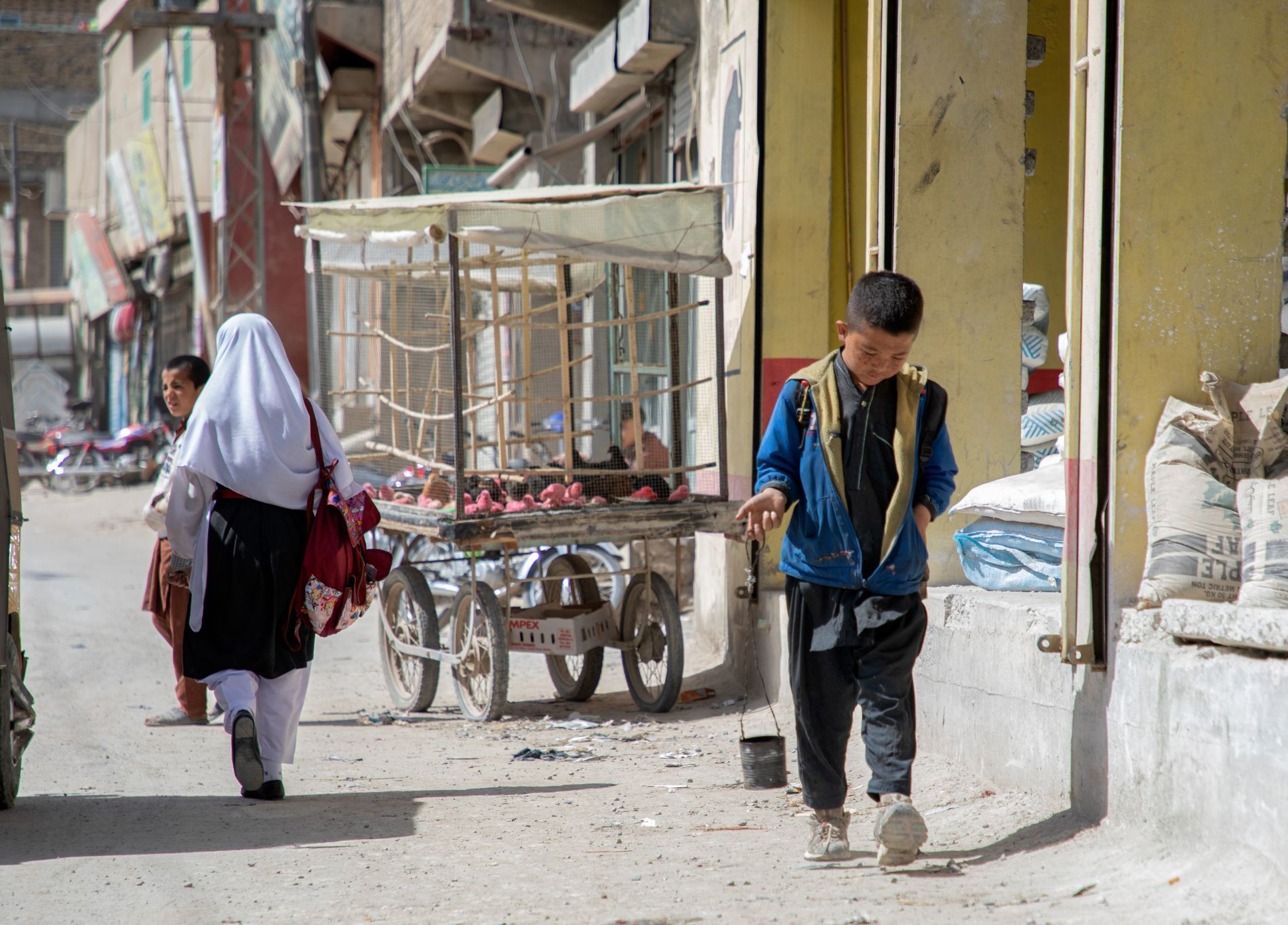 Over the past year, Amnesty International has been paying special attention to the situation of women and girls in the country. The latest report confirms concerns that arose with the rise of the Taliban to power. Cutting off half of the country's population from education and job opportunities has led to an increase in forced marriages, also among minors, and consequently also in risky pregnancies and childbirths. All of this in a country that has banned many healthcare professionals from returning to hospitals, thus condemning patients to a lack of specialist care due to the unavailability of same-sex staff. Complications related to pregnancy and childbirth are the leading cause of death in girls between the ages of 15 and 19. Shortly after the coup, only 17% of health centers operated in the country, while women were restricted from moving more than 70 kilometers from their place of residence. It is not enough to reach the hospital in time.
UN officials came to equally dramatic conclusions, saying in the words of his Afghan representative Markus Potzel: "The people of Afghanistan are deprived of the full exercise of their human rights." As late as 2021, only 37% of Afghan teenagers could read and write, and over the past year, the opening of schools in many parts of the country was postponed until the following months, and ultimately never materialized. And more children joined the ranks of blue-collar workers, smugglers, and wives too young to be married.