#I'mWalkingAgain - Give Prosthesis to children from Syria.

The protracted war has turned into the world's worst humanitarian crisis, leaving more than 13 million Syrians leaving their homes. Entire families, including victims of bomb attacks, those in need of medical care and rehabilitation, live in ruined cities and refugee camps. An estimated one million Syrians have had their limbs amputated as a result of their injuries. Every fourth of them is a child.
We are already talking about Syrian children as a lost generation. Those who are healthy, can go to school and help their parents have a little bit of a life they would live elsewhere in the world. Those who have lost their limbs are completely dependent on the help of the household. Most often, their lives are limited to one room - even if by some miracle a wheelchair is found, using it with a damaged infrastructure is too exhausting for a few-year-old's strength. The lack of constant contact with peers only deepens the state of isolation and trauma experienced by the child, says Małgorzata Olasińska-Chart, director of the humanitarian aid program of the Polish Medical Mission and coordinator of the mission for Syria. 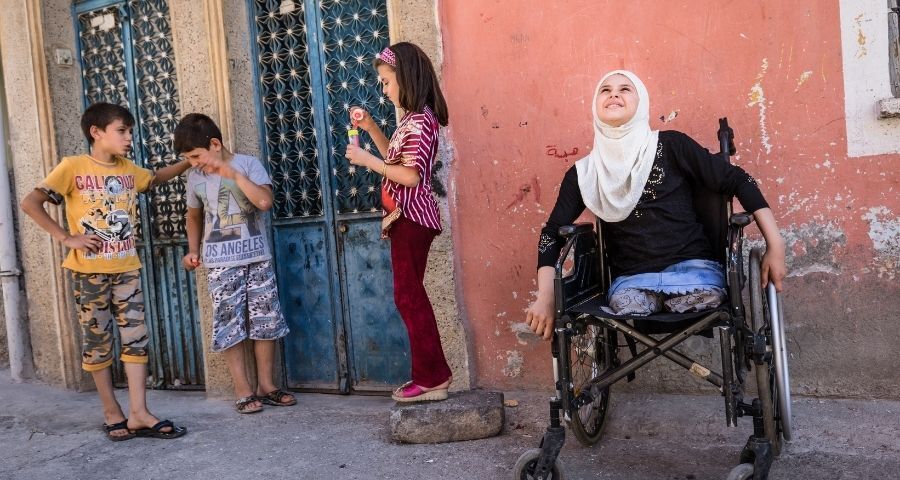 One of the children waiting for a professional prosthesis is seven-year-old Sausan Ajam from Idlib. As a result of the bombing of her family home in 2015, she lost her left leg. Currently, she lives with her family in the grandparents' house and, despite the obstacles, attends the second grade of primary school. She already has a plan to become a doctor in the future. The fitted prosthesis will allow her to adjust its length to the changing height of the girl, serving her throughout her adolescence, increasing the chances of graduating from school and starting her dream studies.

Get to know Sausan's story

In Syria, more than two million school-age children are not attending classes, widening the gap between their peers from neighboring countries. Often the cause is motor disability. The cost of one hydraulic prosthesis can be as much as $ 8,000. Syrian families, deprived of income opportunities, are unable to raise enough funds to buy it. The only chance to make prostheses and transport them across the Syrian border is international aid, including that from Poland.